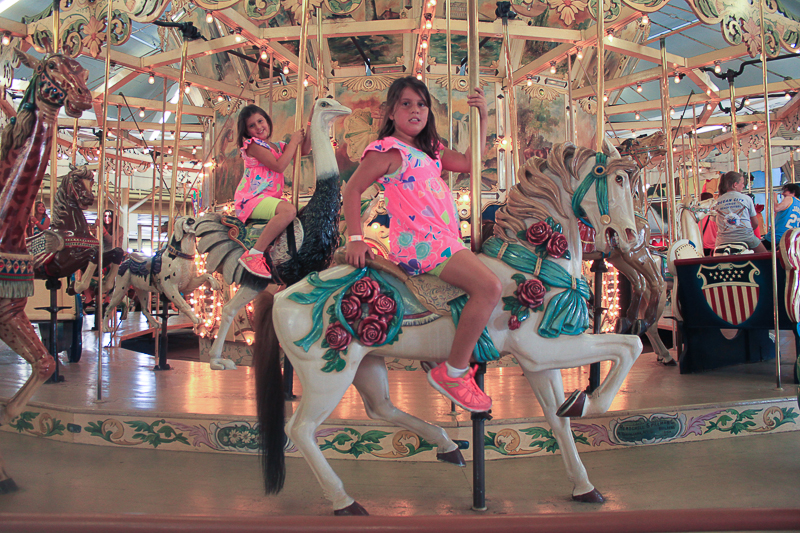 The Trimper’s Carousel in Ocean City Maryland is believed to be haunted by the spirit of a lady who loved the carousel very much. Sometimes when you’re standing close to the carousel, be still and reach out in your mind to her. Ask her to let you know she’s there … and you might just get a whiff of her perfume.

The Trimper’s Carousel is the oldest continually operational carousel in America. It’s been operational – sitting in the same spot since Daniel Trimper purchased it in 1912 from the Herschell-Spillman Company in New York. It has 47 animals, 3 chariots and a rocking chair – all intricately carved by German artists over 100 years ago. Today Trimper’s employes a mechanic and artist who both specialize in antique rides and machinery. The Carousel is located in the “Carousel House” near the inlet on the Boardwalk along with Trimper’s other antique rides. Just checking out the artistry in these rides is worth a trip to Ocean City.

The detail work of these carousel animals is museum worthy – the teeth on the dragon, the Indian woman with the long flowing black hair dangling from the tiger on a jeweled reign, the folds and tassles on the camel, the potato vine in the pig’s mouth and the baby etched into the side of the stork are just some of the eye candy available to mothers and fathers and children and lovers who ride the Trimper’s Carousel.

This video shows many of the details in the animals.

The Story of the Haunted Carousel

When I was interviewing staff at Trimper’s in order to design the Ocean City Ghost Walk, a woman who had worked there for over 30 years told me that the mechanic for the antique rides came to her one day and inquired about a smell around the Carousel.  He asked if they were using any new chemicals.  He couldn’t identify the smell, but this was in the off-season so they knew it couldn’t have come from customers of some other entity on the Boardwalk.

The staff member told him that there were no new chemicals.  She was surprised when about a month later she received the same question from the antique ride artist.  The artist had been working on the animals and notices a strange smell – a smell like a sweet smell, not industrial.  The staff member caught the smell herself once when she was walking past the carousel.  It was familiar to her, but she couldn’t exactly place it. 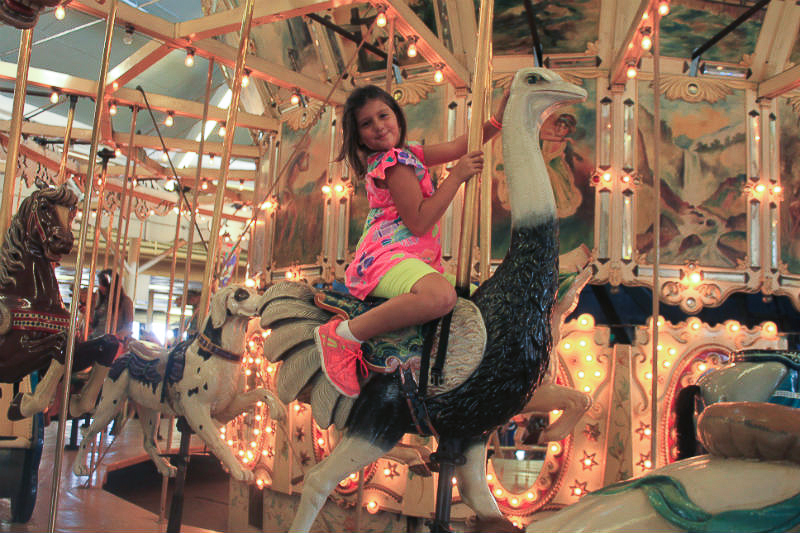 Just before Christmas that year, this staff member who relayed the story to me said she was standing at the perfume counter at a local department store with her granddaughter.  They were testing perfumes and suddenly – when testing a bottle of perfume, the staff member smelled that same smell she remembered at the carousel.  She looked at the name …. “Crystal” was what she saw and she remembered that as being the perfume of Joanne Trimper who had passed away in 1991.

Joanne was known for her love of the Trimper Carousel.  She often rode it and had a favorite horse— the white horse decked with deep red roses and a powder turquoise  sash.

Joanne Trimper, the wife of the late Granville Trimper who was the family patriarch running the Trimper operation until his death in 2008.  Granville and Joanne met when he was delivering an amusement ride to the Sharptown Carnival.   She was a Sharptown girl and he was part of an Ocean City dynasty.  They married and moved to Granville’s home, but both rest eternally in Sharptown in a grave marked with such a token of Granville’s love for his wife, Joanne.

When Joanne died, Granville had the carousel etched onto the grave marker with Joanne’s favorite horse right in the center.  Then the Trimper family named that horse in her honor – Forever Joanne. 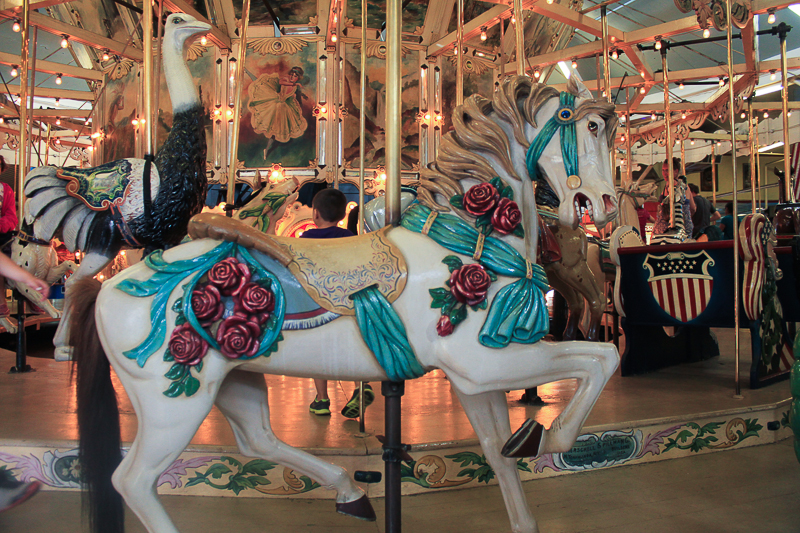 When I was writing the tours I took my granddaughters to the Carousel.  They knew the story.  While we were waiting in line, it hit us — that special perfume scent.  We smelled it.  I found later when I posted it on facebook that lots of people have caught that scent.  It’s quick, ephemeral, there for a second and then gone.

Then Mother’s Day weekend I was there again with my grandson.  I didn’t smell it.  I was disappointed.  So I sent a little message to Joanne and spoke her name out loud.  I asked her if she was there …. and … it came around again just as Forever Joanne passed me.

So if you’re in Ocean City, you might want to find yourself in the Carousel House checking out these beautiful works of art.  And give a special scratch behind the ears to Forever Joanne and see if you can sense Joanne Trimper’s presence.