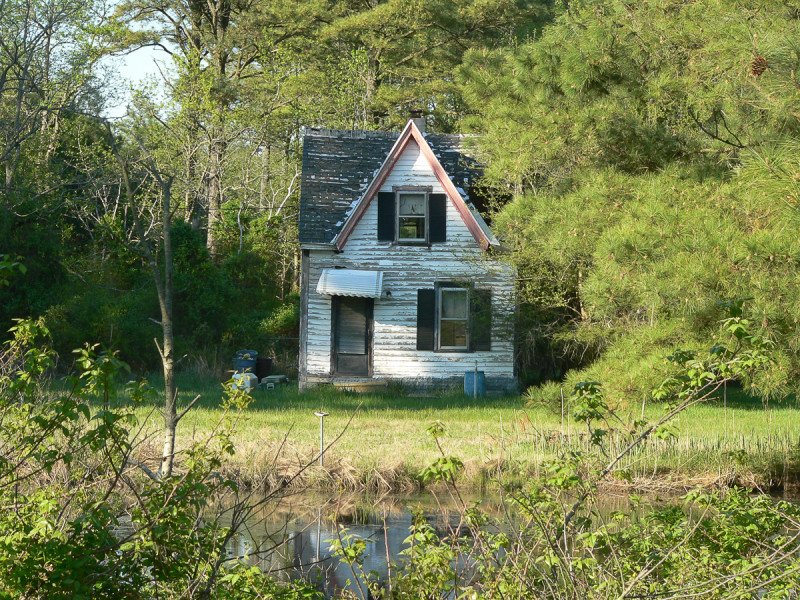 On August 7, 1953 a sixty-six year old woman named Florence Wingate who lived in the  village of Crapo (pronounce cray-po), made breakfast for her brother Miles who was a waterman. That was the last time anyone saw Florence alive … except maybe by her killer.

Understand that Crapo is tiny tiny tiny.  It’s barely a crossroads in the rural marshy Lake District of Lower Dorchester County – 24 miles from Cambridge. Probably no more than 50-100 people lived in and around Crapo back then. So everybody knew everybody.

Crapo and the story of the missing are stops on the Tubman Trail Ghost and Graveyard Bus Tour. Get tickets now.

According to the news reports, Florence fixed her brother Miles (she lived with Miles and his wife Ruby) some breakfast and said she was going to gather some figs. That was the last anyone heard from her. She was never seen again. Over 100 people searched arm-in-arm covering the swampy landscape, looking for Florence. There was even searches by air.

Some say she was killed. Some say she got caught up in quicksand. Some say she fell down a well and others say she simply walked away from her life. There was allegedly a deathbed confession by her sister-in-law, Ruby stating that Florence died of a heart attack and her common-law husband, Harvey dumped her body in a well so he didn’t have to pay funeral expenses.

That confession came  years after Florence’s disappearance, and a bulldozer was dispatched to the area Ruby identified.  The said well was unearthed.  No remains were found.

News of Florence Wingate’s disappearance was carried in papers all over the United States. It’s one of the great mysteries of the Eastern Shore.

What is interesting is that the disappearance of Samuel Ennals (known as Sambo), who vanished without a trace less than a mile from where Florence Wingate was last seen, got almost no news coverage.  Sambo was an African American male in his seventies who for years operated a home business cutting and distributing wood.

According to testimony given by his granddaughter to a Folklore student at Salisbury University, Sambo would sit outside in his backyard during hot summer days. In 1960 he began complaining to his wife that he was hearing voices in the woods behind the house, calling his name. He said the call was subtle.. kind of like low hum ….”Sambo…. Sambo.”  His wife didn’t give it much thought, but cautioned him against going into the woods because of the vermin, snakes, mosquitoes and soft ground.

After a short conversation with Sambo in their Crapo back yard, Sambo’s wife went into the house.  When she came out a short while later, he was gone. And no one ever saw him again. They searched the woods and spoke to everyone in the village.  No one had seen Sambo. He vanished just like Florence Wingate – seven summers after Florence vanished.

Today, most people have forgotten about these two lost souls, but the older people can still remember the tales their parents and grandparents told them about Florence and Sambo .. mostly when they’re being warned about wandering off too far.

So what or who is haunting Crapo?

Even if Sambo and Florence were murdered, someone in Crapo would have known about it. The word would have leaked out eventually, or at least there would be clues and speculation. According to the police records (and there were two active investigations on Florence’s disappearance) no one in Crapo seemed to offer any clues.

The scariest landscapes, most rich in spirits and unexplained events – are swamps and forests… Crapo is a swampy forest.  It used to called “Woodland” but the locals changed the name to Crapo, supposedly after the french word crapeaud which means “toad”

Crapo is on the Tubman Trail Ghost & Graveyard Bus Tour and the stories of Sambo and Florence will be retold in detail, and the approximate locations of their houses will be pointed out.

9 thoughts on “What is Haunting Crapo?”