Decoursey Bridge and the Ghost of Big Lizz

If you ever ask anyone to tell you a ghost story about the Eastern Shore, the tale of Big Lizz and the Greenbriar swamp will likely be the first story shared. The story has been around since the Civil War and has developed immense popularity with both locals and visitors. Every book written about ghosts in Maryland will feature a piece on Big Lizz.  Today, teenagers still travel to DeCoursey bridge at midnight to tempt Big Lizz to emerge from the woods with her eyes glowing from the bloody head she holds in her one hand.  The other hand she uses to motion you into the swamp… to find the buried treasure she help her master hide before he decapitated her.

Greenbriar swamp is about ten square miles and is located near the Blackwater Wildlife Refuge. It is set in the most beautiful landscape on the Eastern Shore.  Big Lizz is an unseen image in that landscape. 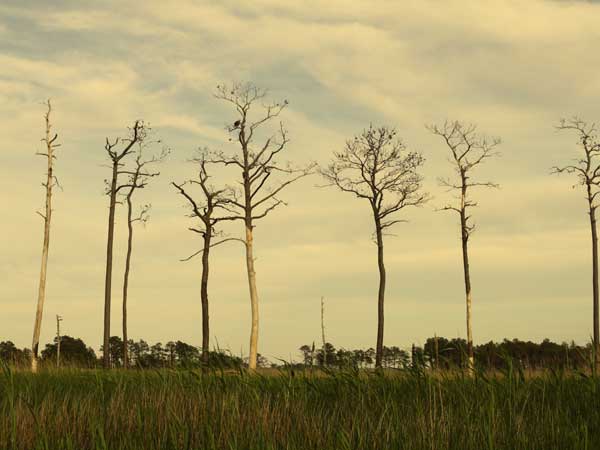 As the legend states, Big Lizz was a plantation slave in this region and her master was a probably a smuggler or spy. Though there were no Civil War battles fought on the Eastern Shore, it’s believed that the Confederate Army stashed a good bit of its money on the southern-sympathetic farms of the Eastern Shore. Many of the African American slaves spied for the Union Army, turning in known keepers of Confederate money and passing information onto the Union about the comings and goings of the wealthy landowners.

In a plot to switch the location of the treasure and get rid of the snitch, the master took Big Lizz along with him into the swamp to re-bury his stash of cash.  He asked her to help him bury the money, and then pointed to a sapling asking her to plant it over the burial site to identify the location.  When Big Lizz bent down to bury the sapling, the master whacked off her head and left her there to rot.

Ever since then people have seen strange lights in the swamp and others tell of seeing Big Lizz herself  – holding her head in her hand coming out of the swamp … calling them, motioning to them to come follow her… and she’ll lead them to her master’s money.

But those who follow her don’t return.  They disappear into the mists of Greenbriar Swamp, never to be seen again. 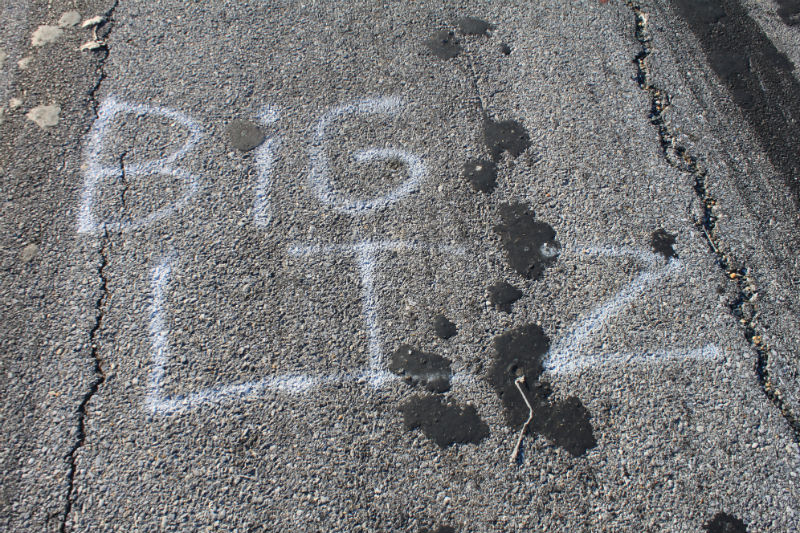 DeCoursey Bridge crosses the Transquaking River near Greenbriar swamp. This bridge is where many report to have seen Big Lizz.  The locals say that if you drive your car up to that bridge at midnight, honk three times, flash your headlights twice and then turn off the car, your car won’t start again … and then … Big Lizz will emerge from the swamp, red eyes glowing through the mist, and she’ll motion for you to follow her.

But follow at your own peril.  Many have followed – none have returned.